In 1996, Namco was showing off several projects to Namco Hometek (Namco's U.S.-based division), some employees were interested at making an RPG game about Namco's classic characters but desided to stick to making a 3D platformer Pac-Man game (mostly based off ideas from Super Mario 64) and development started. by 1997, the game was 40% completed and was set to release a year later according to GamePro. 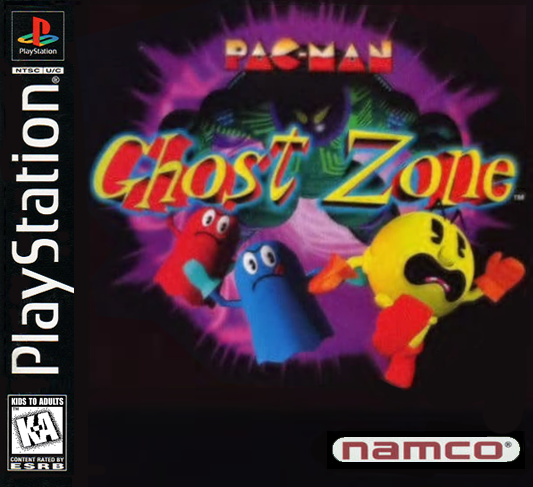 the most possible reason why Pac-Man Ghost Zone was cancelled was due to imperfection. almost everyone who worked on the game was fired, the only people remaining were the designer, the programmer, and the artist. although the game has later been confirmed to become Pac-Man World in 1999 (you could also hear the Pac-Man World title screen theme in the E3 1997 footage, also proving that Ghost Zone was a precursor to Pac-Man World)